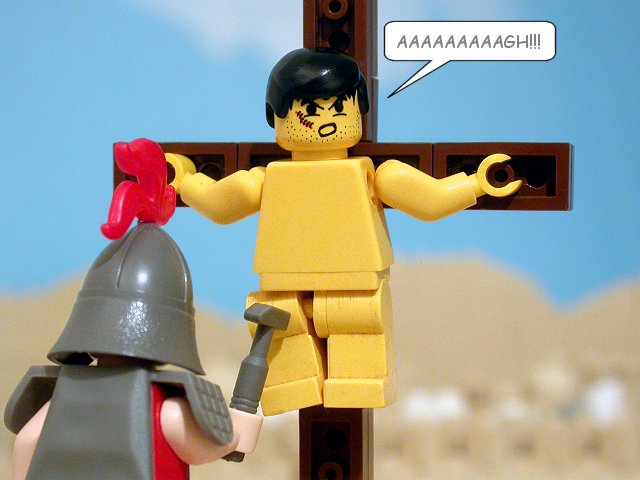 Since I was a little boy I have always loved building.  When I was real young, I would line rocks up in order using the size and shape.  The rocks were the building blocks.  As I got older I moved on to tinker toys, lincoln logs, legos, snow, and eventually computers.  I built my first computer when I was 15 years old, but I had torn my family computer apart several times before.  I remember one time I completely destroyed it.  My parents didn’t get mad at me because they knew I would do whatever it took to get it back up and running.  After a few visits with friends and the computer store.  I got it up and running again.

In Romans 1, Paul begins his letter by telling the people of Rome that they too are to build the kingdom of God.

1Paul, a servant of Christ Jesus, called to be an apostle and set apart for the gospel of God— 2the gospel he promised beforehand through his prophets in the Holy Scriptures 3regarding his Son, who as to his human nature was a descendant of David, 4and who through the Spirit of holiness was declared with power to be the Son of God by his resurrection from the dead: Jesus Christ our Lord. 5Through him and for his name’s sake, we received grace and apostleship to call people from among all the Gentiles to the obedience that comes from faith. 6And you also are among those who are called to belong to Jesus Christ.

In verse one Paul declares his own apostleship.  Later, in verse 5 he declares that we all have received grace and apostleship to call all people to obedience that comes from faith.  Later on in verse 14 Paul indicates that he is “obligated” to share the good news.  In other words, we all are called to build the Kindgom of God.  If we’re all called to do it, why don’t we?  Where do you struggle to build the Kingdom of God?

How do you struggle in building the Kindgom of God?

This site uses Akismet to reduce spam. Learn how your comment data is processed.